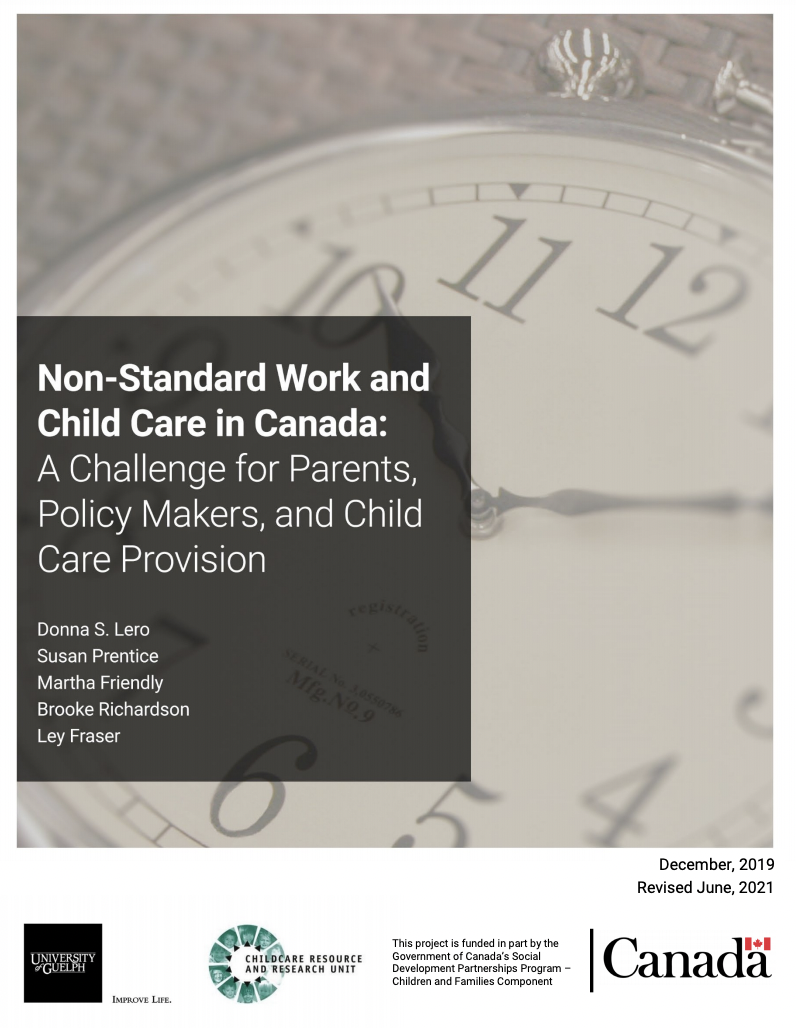 Across Canada, almost 4 out of 10 families with young children include at least one parent who works non-standard hours. Extended hours and weekend child care are needed but rarely available because of Canada’s market-based approach to the provision of child care services.

The researchers found that non-standard hours of work are on the rise across a number of professions and sectors including health care, protective services, retail sales, manufacturing, primary industries, accommodation and food services and transport industries. Canada’s non-standard workers are “more likely to be women, parents, younger in age, racialized and recent immigrants, Indigenous, and to have less formal education and lower incomes than workers with standard employment.”

The researchers estimate that only 2% of child care centres across Canada offer some form of non-standard hours, usually slightly extended hours and rarely overnight care. T

The major obstacles in the way of providing more non-standard child care services are the higher operating costs, and the difficulty of recruiting and retaining staff to work in non- standard hour programs. Non-standard child care is often precarious because it is frequently established on a trial basis, and too often relies on project funds rather than on ongoing operational funding.

One of the main conclusions of the report is that a strong, stable child care system is the starting point for tackling non-standard hours care. 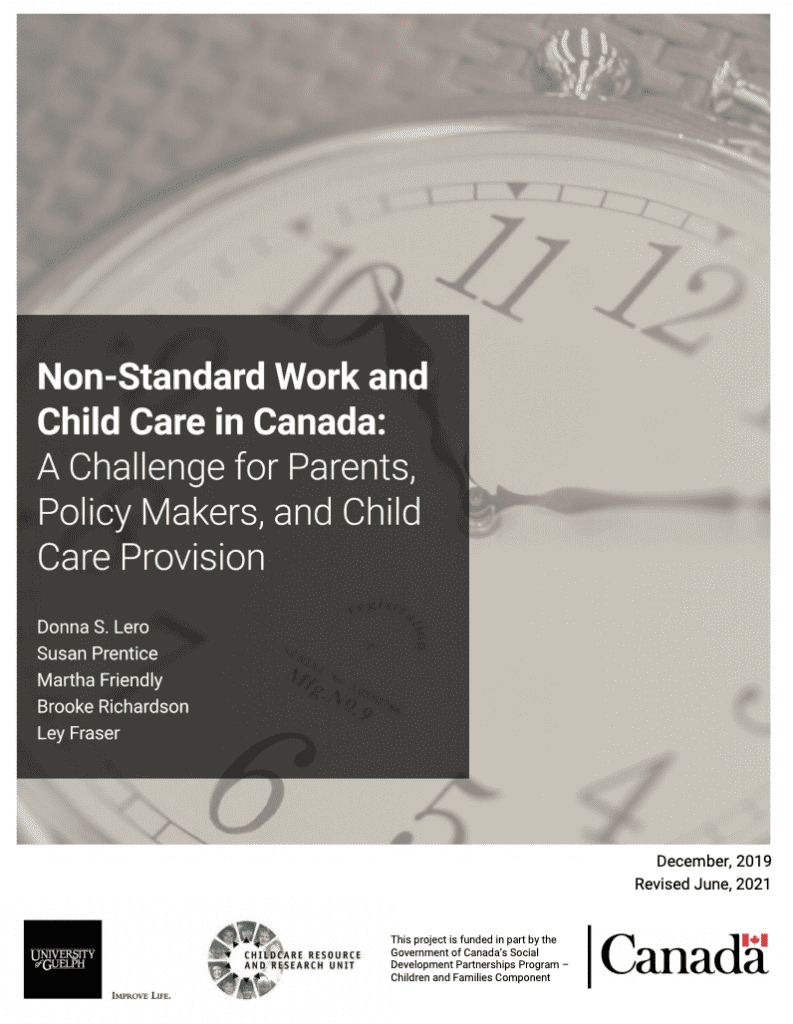