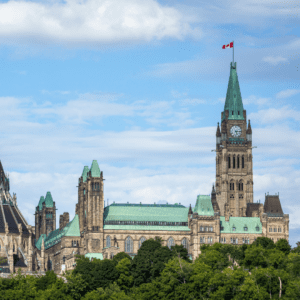 It has been almost one year since the historic 2021 federal budget announced $30 billion in funding over the next five years to build a Canada-wide system of early learning and child care (ELCC). While 12 out of 13 provinces and territories have signed agreements and begun to build their systems of ELCC, Ontario remains the lone holdout.

Ontario families pay the highest parent fees for infant and toddler care in all of Canada, at an average of $1774 per month in Toronto followed closely by Markham, Vaughan, Oakville, Mississauga, Kitchener, and Richmond Hill. The result is that many parents, most often mothers, are forced to reduce their working hours or leave the paid workforce altogether. This is disadvantageous for women, and also, for the economy as a whole.

Outside Ontario, parent fees are dropping quickly as the other provincial and territorial governments move to comply with their agreements with the federal government. A few days ago, Sarah Mackey, of Alberta, received notice that her parent fees would go down by almost 50 per cent. Also, other jurisdictions are developing plans to finally properly compensate early childhood educators and others employed in licensed child care. Recognizing their value and supporting their professional development is critical to solving the worsening shortage of qualified early childhood educators willing to work in the sector.

Ontario’s Minister of Education, Stephen Lecce, says a deal is imminent. Canada’s Minister of Families, Children and Social Development, Karina Gould, says the Ontario government still has not tabled the required action plan showing how it would spend the $10.2 billion the federal government proposes to transfer for early learning and child care over the next five years.

Pressure to reach an agreement is mounting, however. Gould recently revealed that if Ontario does not sign an agreement by March 31, 2022, the end of the 2021-22 fiscal year, Ontario could lose out on more than $1.1 billion dollars earmarked for the first year of the five-year federal funding commitment.

“It is stunning that the Ford government would risk forfeiting more than $1 billion earmarked by the federal government to help Ontario families, early childhood educators and the entire early learning and child care sector,” says Carolyn Ferns of Ontario Coalition for Better Child Care.

“All we need is our provincial government to do its job and not let down children, families, and educators again and again,” adds Ferns.

In response to the Ontario government’s inaction, Ontario Coalition for Better Child Care, Association of Early Childhood Educators Ontario, and CUPE Ontario have banded together to create various days of action, as well as an open letter calling on the government “to take immediate and concrete action to support the safety and viability of licensed child care programs in Ontario.”