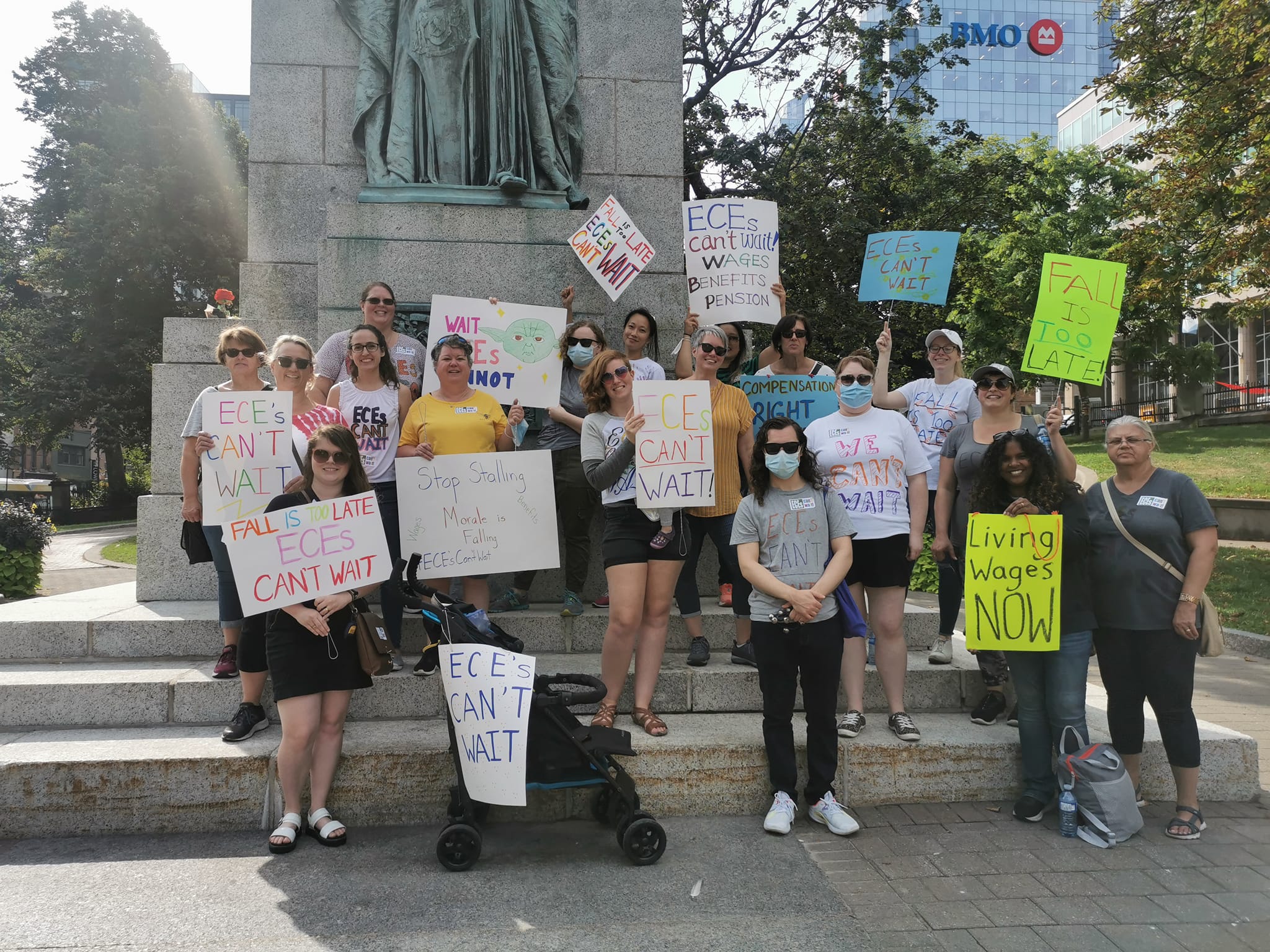 Bobbi Keating, an experienced early childhood educator who attended the rally, said, “even though we’re there for your children every day, we can’t feed our children at night. It’s really important for people to understand that.”

Following the rally, Nova Scotia Education Minister, Becky Druhan, said that a new wage plan would be announced “as quickly as we can.” This does not answer the rally chant: “ECEs can’t wait, fall is too late.”

“Each day that the wages, benefits, and working conditions of this feminized sector are left unaddressed, more qualified staff are lost, more spaces for families are closed, and early learning and child care becomes less available and less affordable for all,” she said.

“In order for child care to expand, the government must understand that the workforce crisis is central to building a universally accessible and high quality system of early learning and child care,” she added.