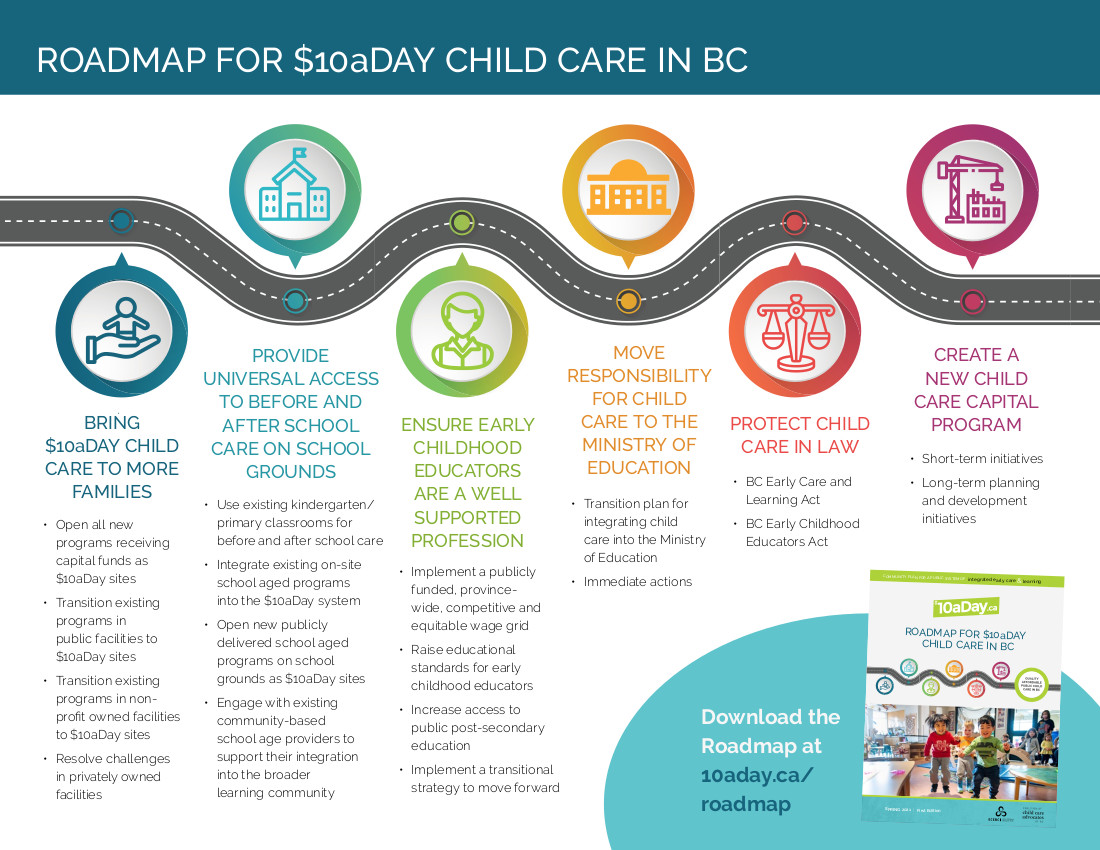 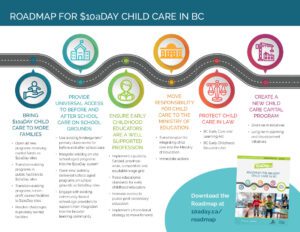 The Coalition of Child Care Advocates of BC and Early Childhood Educators of BC have released a Roadmap for implementing the publicly funded and publicly managed universal $10 a day child care system that BC’s NDP government has promised in the last two provincial elections.

Learn more and endorse the plan.