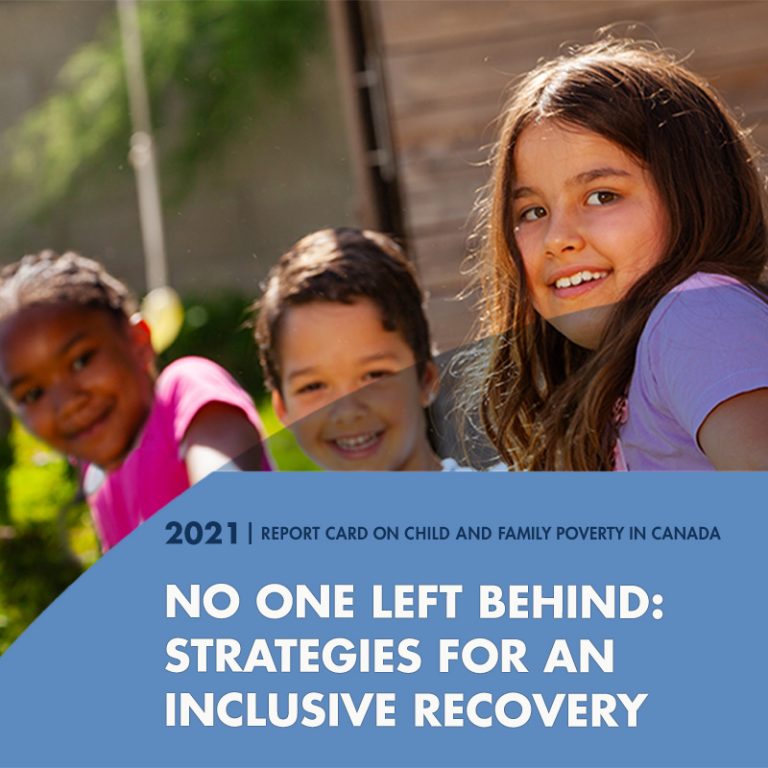 Campaign 2000 has released its annual Report Card on Child and Family Poverty, No One Left Behind: Strategies for an Inclusive Recovery.

Child Care Now fully endorses the recommendations and stands alongside Campaign 2000 and other advocates calling on the 44th Canadian Parliament to “take immediate and bold action to eradicate child poverty”.

Child poverty has declined in some parts of Canada but increased in others. The Canada Child Benefit is not adequate in lifting children and families out of poverty, particularly those living in deep poverty. The rate of poverty for children under age six is 18.5%, higher than any other age group. Of course poverty during the critical years has lifelong implications.

To read Campaign 2000’s full report, or download the report card for your province or territory, click here. 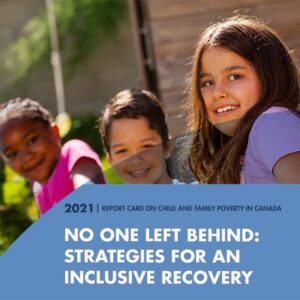